Tunes to accompany you 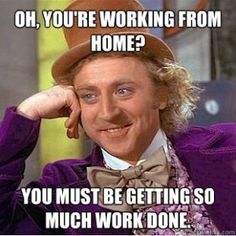 Working from home isn’t all it’s cracked up to be!

As a writer you get used to being in your own head – and space. It’s a well-known fact that writing is one of the lonelier jobs. Ernest Hemingway once said: “writing, at it’s best, is a lonely life” he wasn’t wrong.

Hours spent tapping away at the keyboard filling the blank pages, or not. Deadlines being met in the middle of the night as the day has been taken up with research.  Sat on your own in your ‘writing space’ –  be that a spare room you’ve converted in to a writing office, a corner you’ve managed to snatch in the house, or maybe simply the kitchen table or propped up in bed. Wherever you are writing, it’s likely you’re doing it alone.

In fact, it can be crucial to the job.

For me, I need quiet, I need calm, I need to not have music playing or tv on in the background. Which is why the middle of the night tapping becomes a necessity sometimes; working around the family.

A study by Kay Jamison, professor of psychiatry at John Hopkins University found that writers are ten to twenty times more likely to suffer from depression than other people. Why is this?

Not getting to speak to anyone but your keyboard all day must have something to do with it. Some even go so far as to say we need it to aid creativity. From Sylvia Plath to JK Rowling, depression has played in a part in their lives, and possibly their creativity.

I’m not sure about this. What I do know though is that I love writing and happen to be half decent at it. But, I don’t particularly like working at home, feeling isolated and not being part of team as it were.

Interestingly, what isn’t widely looked at is how other people working at home on their own cope. The freelance accountant working from a home office after setting up on his own, the stay-at-home mum who is managing a craft business between nappy changes, the entrepreneur building an empire from her kitchen table, the website designer who is a single parent and therefore can only work school hours. All of these people, and many more, work from home on their own. Either because of necessity, practicality or lack of choice. Maybe a combination of all three?

Studies show time and time again that those of us working at home alone are more prone to depression and anxiety. With only ourselves to answer to we often berate ourselves for not getting as much done as necessary and let things slide that we really shouldn’t (working in your PJ’s, why not?) 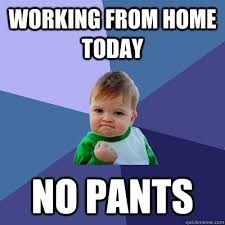 Which is why I started looking for other options. I wanted to continue to work for myself and be my own boss. But I wanted to feel part of a working community. I needed to stay freelance and work around the family but wanted the stimulation of working amongst other (like-minded) people.

The answer came in the form of co working.

I know, it all sounds very hippy-dippy and free loving doesn’t it?

It’s not. It’s a business that is growing daily and could be in your neighbourhood very soon, if it’s not already. In essence co working spaces are shared working spaces. An office set up that has various facilities – dependent on the space – from meeting rooms, free wi-fi, printers, photocopiers, conference facilities and so on. The first co working space was in San Francisco in 2005. By 2007 Google recorded ‘co working’ as a trend on its database. Since then the industry has boomed meeting the needs of lonely freelance workers all over the world.

It’s important to find the right space for you and your needs. Do you want somewhere that offers a  spare desk in an existing office? These can often be good value, but you are working with people who are already part of another company. Or a purpose-built space specifically for freelancers like yourself where you can hire a desk on anything from a daily to hourly basis? A good option if you’re starting out and not sure how many days you need to be in the office.  Another choice is what is known as co working ‘incubators’ where there is more of a slant towards start-ups and offer businesses the chance to connect with other businesses.

Also consider the environment and visit a few – often spaces will offer a trial day. For me, it had to be somewhere that was quiet – no noisy, sales based banter for example. Also find out the type of people the space currently attracts. If it’s like-minded people – be it creative, entrepreneurial or serious execs -they all could have something to offer or share with you. Be it contacts, advice or support.

What are the benefits of taking your job out of the home in to an office?

For me it was about being more productive – I get twice as much done in the office than I ever do at home. Without the fridge, kettle and dog to distract me and no door to answer I am getting more done.

I also found I’d often get stuck at home, lack of productivity meant lack of inspiration, meant lack of new ideas. Getting up in the morning and ‘going to the office’ gives me a clear focus and I try to make sure I have a plan of what I’m going to achieve that day.  Not to mention the fact I get to slap on a bit of make up and brush my hair. Although this isn’t necessary as the dress code is, there is no dress code.

Not only that, I am getting to meet new people.  People who have something interesting to say and who are interested in what I’m doing. It’s already opened up some promising work ideas and prospects too as even though we are all working on our own individual projects, there is a feeling of being part of a team.

The co working space I am working in is slightly different as it’s solely for women. This works for me, publishing has always been heavily female dominated anyway so I’m used to it. Michaela Anchan, the founder decided to open Woolf Works only to women for a number of reasons, not least of which being it’s often harder for women to re-enter the work place after having children. Her aim with the business was simple, to offer a space and community that can help women find the valuable support and connections they need to thrive. 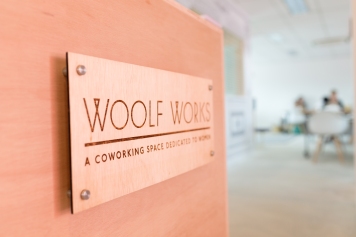 There are plenty of other co working spaces here in Singapore including those that offer child minding facilities, (Trehaus), a beer garden (The Working Capitol) and dedicated spaces for craftsmen (The Refinery Workshop). Just google co working and you’ll find something that is ideal for you.

Another advantage of joining the
co working revolution I’ve found useful is that if, like me you find a good space manager they also facilitate and organise training courses, business networking opportunities, lean in circles and support for improving not only your business but your wellbeing. What’s even better is you can choose not to go if you like without the fear of your boss asking  why you didn’t go along.

It all works out rather well. I choose when I want to go in, I decide if I want to hold (or attend) a meeting, I pick and choose what jobs I do and get on with them without interruption. I’m inspired by the people I work amongst and am encouraged to aim higher. I even drink tea and get to have something other than a ham sandwich for lunch.

Add to that the social meet up once a month, Oh, it’s almost like being back in Broadwick Street in the 90’s – minus the ad execs and drunken secretaries!

2 thoughts on “Join the Revolution”

What do you think? Cancel reply

This site uses Akismet to reduce spam. Learn how your comment data is processed.

You will also find me at…